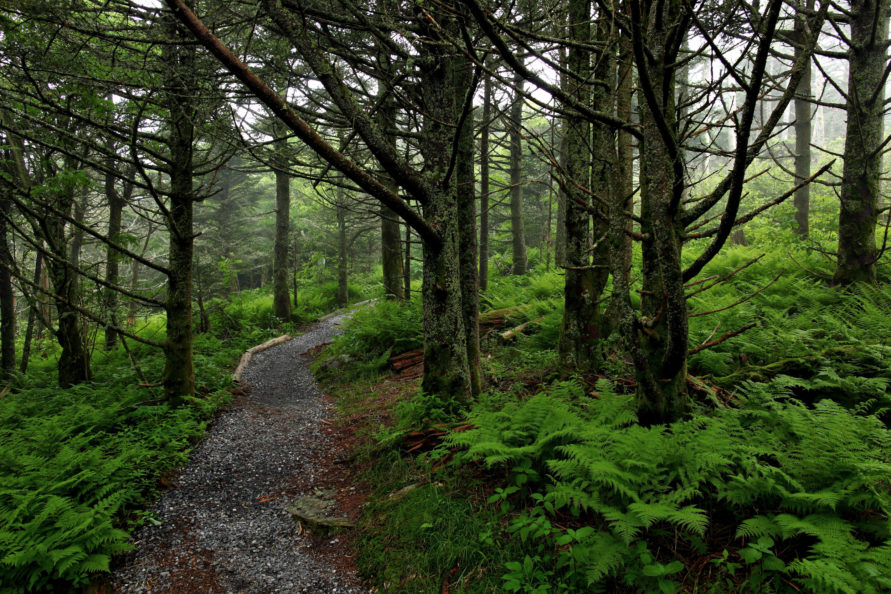 Whether you want to see waterfalls a few steps from your car door or hike for a full day North Carolina has everything you could hope for and more!

Are you new to the Western North Carolina (WNC) hiking region or looking to find some new trails to explore? Let us dial you into some of the areas finest trails and we’ll do our best to put you in a beautiful place!

This area  has an extensive amount of national and state forests including Pisgah, Nantahala, Holmes, Dupont, Bent Creek and more!

According to the National Forest Service Pisgah National Forest is a “land of mile-high peaks, cascading waterfalls, and heavily forested slopes. Comprised of over 500,000 acres, the Pisgah is primarily a hardwood forest with whitewater rivers, waterfalls and hundreds of miles of trails. It is also home of the first school of forestry in the United States, now preserved at the Cradle of Forestry in America historic site, and boasts two of the first designated wilderness areas in the east. ” There are many options for findings great Pisgah trails but we like ashevilletrails.com check out Looking Glass and Max Patch!

The Nantahala National Forest “lies in the mountain and valleys of southwestern North Carolina. The largest of North Carolina’s four National Forests, the Nantahala encompasses 531,148 acres with elevations ranging from 5,800 feet at Lone Bald in Jackson County to 1,200 feet in Cherokee County along Hiwassee River. The Forest is divided into three Districts, Cheoah in Robbinsville, NC, Tusquitee in Murphy, NC, and the Nantahala in Franklin, NC. All district names come from the Cherokee language. “Nantahala” is a Cherokee word meaning “land of the noon day sun,” a fitting name for the Nantahala Gorge, where the sun only reaches to the valley floor at midday.” Tons of great options in Nantahala ashevilletrails.com

Holmes Educational State Forest “is located in the Blue Ridge Mountains. With rugged terrain, numerous rock outcroppings, and scenic vistas, it also offers a rich mixture of mountain hardwoods, rhododendron, flame azaleas, and a variety of wildflowers. These features are accessible by a series of well-marked trails, which are accented by exhibits and displays depicting the ecology of the managed forest.”

One of my personal favorites is The DuPont State Recreational Forest which is “located in the Blue Ridge Mountains between Hendersonville and Brevard, North Carolina. Its 10,400 acres of forest feature four major waterfalls on the Little River and several on the Grassy Creek.The original 7600 acre forest was established in 1996 through a generous bargain sale from the DuPont Corporation. In 2000, the Forest was expanded by two property additions, including the spectacular 2200 acre tract in the center of the Forest containing High Falls, Triple Falls, and Bridal Veil Falls.” Find out more about hiking in Dupont at ashevilletrails.com

Wherever you decide to go get out there, slow down and leave no trace!